In three days, another great adventure awaits me. With my faithful REI Venus pack stuffed with Artic-worthy gear and my Pelican 1510SC loaded with camera equipment, I’ll board an Air Canada flight from Los Angeles into Vancouver, British Columbia, Canada. Then, I’ll change planes and fly into Whitehorse, Yukon, Canada with burly guys that look like they just stepped out of one of those Alaskan Netflix shows.

My Arctic crew (who will be revealed in a later blog) left Los Angeles seven days ago in an expedition 2002 Toyota Land Cruiser (follow me on Instagram for photos of the truck, gear and everything else Arctic). As I wrap up production on Honor Project documentary here in Los Angeles, my crew is chipping away at the 2,700 miles between here and Whitehorse, Canada.

Hopefully, when I touch down in Whitehorse, my ride will be there.

In Whitehorse, we’ll review and refine our game plan for a day or so, then start making our way north to the adventurers mecca: Tuktoyaktuk, Northwest Territories, Canada. Population: 898 (2016 census).

Because “Tuktoyaktuk” is a mouthful, most just say Tuk (pronounced “tuck”). Works for me. What makes Tuk such a cool spot is that it’s north of the Arctic Circle and sits on the shores of the Arctic Ocean. I can explode with excitement just talking about it!

In my early twenties, I wrote out a bucket list of things I wanted to do before I turned thirty. You know, in case I happened to die unexpectedly at thirty-one or something. Making it to all seven continents was one of them, and lo and behold, I made it…yes, even Antarctica! Antarctica is waaaaaaayyyyy dowwwwwwwwn therrrrrrrrrre, but what really flips my lid about Tuk, is that I will be going further north than I was south when I was in Antarctica! Think about it.

In November 2017, only nine months ago, the $300 million Inuvik-Tuktoyaktuk Highway opened. providing all-season access to this amazing Arctic town. Without this road, we would have to wait until winter, for the rivers to freeze, then put our ice trucker hats on and have at it. Although ice skating in an expedition Land Cruiser to the Arctic Ocean does sound like an amazing adventure, for now, I’m happy to use the road.

I’ve been ocean kayaking and river kayaking my entire life. In fact, I was one of about 10 people to kayak in Antarctica with Gap Adventures (now known as G Adventures). I’ll tell you the story about when the 5-story iceberg imploded down on me as I was kayaking around it another time. Well, Tuk will be no different; there will be kayaking. I’ll be kayaking in a Cadillac, the K2 Expedition by Feathercraft. We’ve had it for years and it’s still one of my favorites.

Like Antarctica, it’ll be freezing, I’ll be in a dry suit, and I’ll love every minute of it! 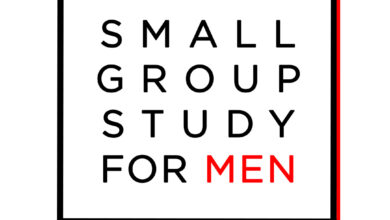